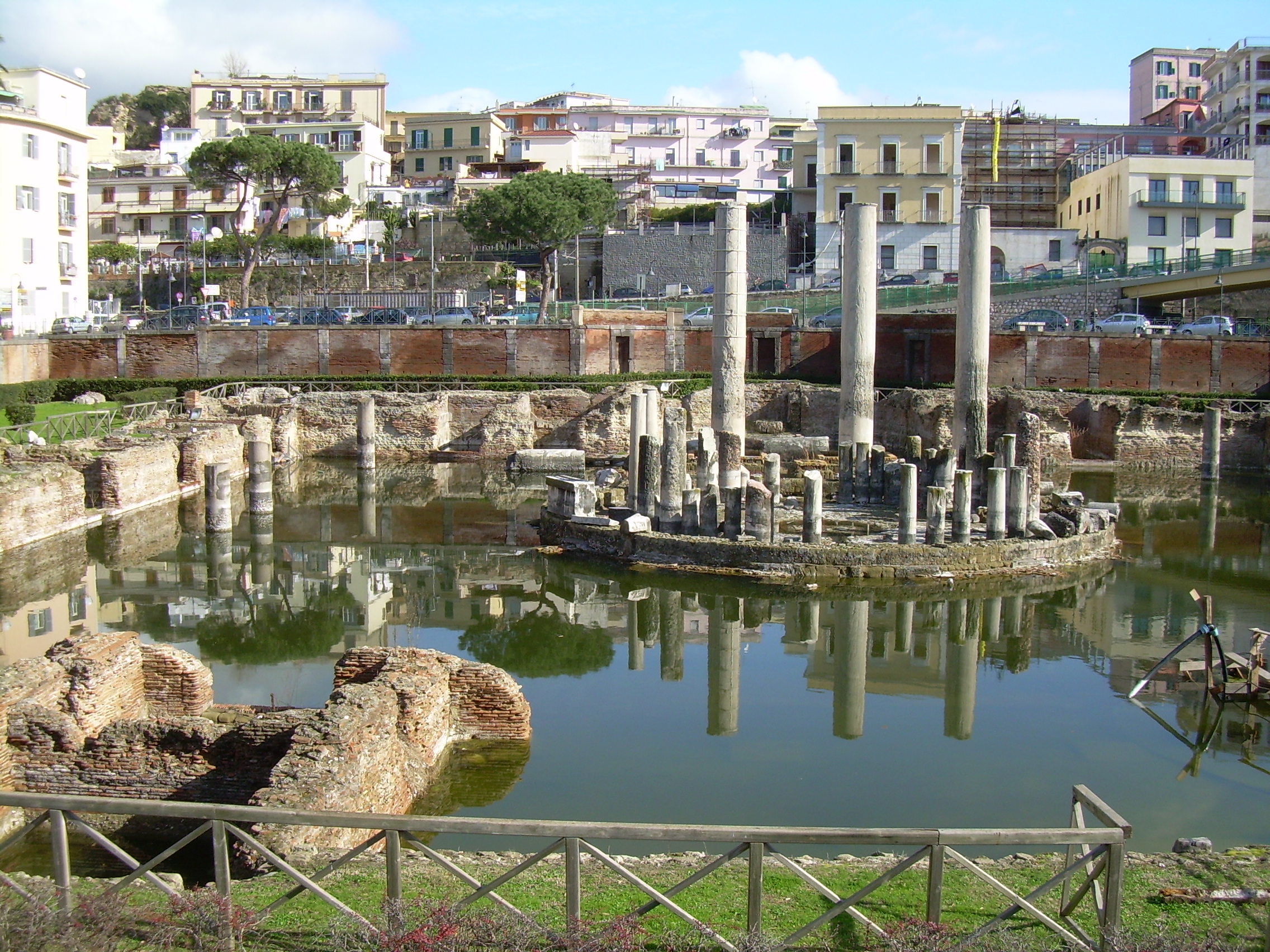 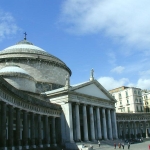 More than just a city is a "widespread museum" open. Stratified in its Culture, in his History, in its many dominations and contradictions, Naples is a city that you love and let penetrate its deepest roots. Once you've seen, you immediately realize that you can not do more for less and you are assailed by the desire to come back and immerse yourself in this huge stage of an outdoor theater. Next to the goals and milestones classic I offer you the opportunity to visit places, life, lanes, churches, basilicas,places and sites rich in history, but little known to the general public. If you are interested in this tour, contact 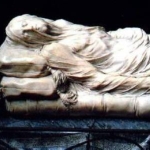 "The Veiled Christ, The Enlightenment, Modesty "and other works present here leave the host delighted and astonished face of so much refinement and perfection! The Chapel of San Severo is the spearhead of the art of our city. Its dual interpretation will allow guests to enjoy and contemplate the greatness and intelligence of Prince Raimondo de Sangro: you will see ... I will be "all 'height of the explanation" ... 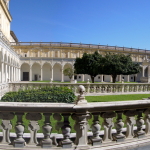 It is a museum of incomparable beauty, a treasure trove of art. Visit the different sections is like traveling back in time. Here are guarded inter alia some of cribs most valuable and important in the world. , contact 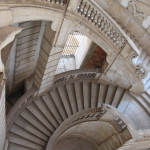 It is the Certosa Europe's largest. Inside precious works of art bear witness to the life and history of the building and fathers Carthusians. , a pleasant and interesting trip,that together we can "walk" ... from its founding to the present. 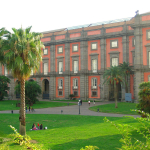 It was originally one of the hunting lodges favorite Bourbon, now it has become one of the most beautiful and interesting museums in Italy. Among the many works we can not fail to mention those of Masaccio, Raphael, Titian and Caravaggio's Flagellation. The park, fan-shaped, is among the most beautiful of Naples. , contact. 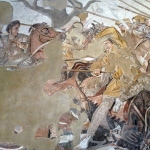 It is the first museum in the world for archaeological finds. Stand out the most precious treasures of Herculaneum and Pompeii. The museum can be considered a must for those who are visiting Naples. , contact! 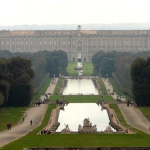 Suffice it to quote the numbers of this immense and sfarzosissima royal residence to understand the great work he has done Arch. . You can visit the two apartments (old and new) and the beautiful park with fountains and sculptures. The Royal Palace is waiting for us ...!! 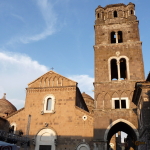 A few kilometers from the Royal Palace of Caserta is "Casa Hirta" an ancient and charming medieval village full of charm and beauty among which the splendid cathedral. If you are interested in this tour, contact. 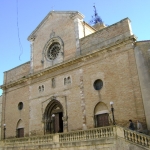 A small working-class town built by the Bourbons which had as its main purpose the breeding of silkworms at the completion of precious fabric from which the famous, precious and expensive "Thirst for St. Leucio". Please contact me to visit with the royal apartment, the village and the huge machines for the weaving of silk still working. 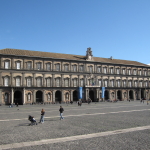 A "Palace Square" is now the Piazza del Plebiscito, is one of the four royal residences desired by the Bourbon dynasty. Visiting the Royal Palace can be seen inside the the various testimonies of the different royal dynasties who lived throughout history. If you are interested in this tour, contact 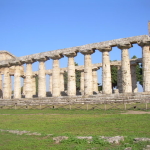 An extraordinary site of Art & Culture Greca. We visit the beautiful temples with 'adjoining museum full of artefacts among which the famous "Tomb of the Diver". You can enjoy the nearby goodness and wholesomeness of the true Mozzarella di Bufala. I hope to contact me ...! 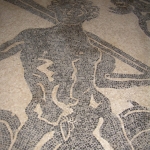 Herculaneum excavations not only ...

The majority of guests come to my town to admire and enjoy the beauty of one of the most important Roman archaeological sites in the world;

the ruins of Herculaneum. I am indeed proud and ready to guide you on this site ... but I assure you that this city has much more: Historical Churches from the Vesuvian Villas Golden Mile, from the market of "Rags" to climb the cone of Vesuvius, from Old Town to its Costa.

A city that you will be pleased to appreciate in all its facets, including the culinary, If you are interested in this tour, contact 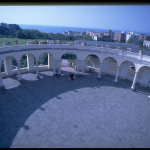 I will guide you through some of the 121 Vesuvian villas built along the ancient Via Regia of Calabria, scattered along the stretch between the ruins of Herculaneum and Torre del Greek which was called the Golden Mile.

For their beauty and architectural style of other eighteenth-century stately buildings not be the object of our visit!. 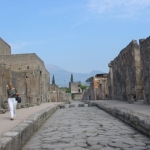 Herculaneum, the city of Pompeii suffered the same fate during the eruption of 79.dc. It is one of the largest Roman archaeological sites in the world. Arene, Amphitheatres, Term, City, Lupanari, Basilicas and holes make this site unique beauty and history.

Visitiamola together and we seem to "travel in the time machine in the shadow of Vesuvius"! 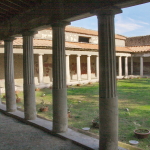 The Empress Poppea spared no expense in getting this beautiful building site in which plots and intrigue were the order of the day. . If you are interested in this tour, contact.

A territory full of often little-known ... If the Temple of rapid, L'Anfiteatro Flavio, the Sybil's Cave, the Castle of Baia, Lakes Lucrino and Averno, Bay, Bacoli ...

are just a few precious gems waiting to be known and appreciated by you ... and shown to me ... Give me a chance booking this tour ...!. 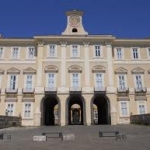 It is one of the four royal sites desired by the Bourbon dynasty. A very popular hunting site because it is close to the seaside. It was the first museum organized for the findings of the excavations of Herculaneum which once extracted here were stored and cataloged. A palace marvelous addition to having precious testimonies of that period has one of the most important botanical gardens in Europe. If you are interested in this tour, contact. 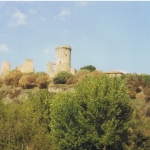 It is one of the most important archaeological sites in Greece and appreciated in Europe. It was here that the philosophical school of Parmenides and Zeno, and here is a perfectly preserved architectural detail unique in the world, contact me if,I can show you ... even close to the beauty and the other stages of a fantastic tour Cilento. 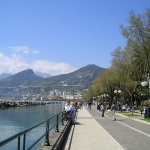 Salerno, city ​​reborn and renewed is certainly a key step for those who want to enjoy and appreciate a beautiful Old Town, rich in historical Roman even.. all 'inside of its stores!! City with a seafront of the most beautiful in Italy which preserves the beauty of the cathedral the remains of one of the twelve apostles of Jesus. Castle overlooking the city Arechi. The proximity of cities like Naples, Vietri, Amalfi Coast, Paestum and the Cilento make crossroads of Naturalistic and Cultural Tour.